Why The Myth That Suicides Increase During The Holidays Is Dangerous 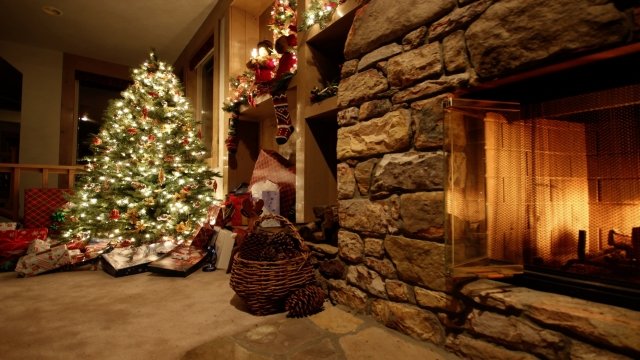 The CDC says it's a public health issue that should be addressed in all seasons.

Stress is a part of the holiday season, so maybe that's why its a common myth that the rate of suicide increases during winter months.

But it turns out, suicide rates are actually at their lowest during this time of year. A 2016 CDC report shows a decrease in suicides in November and December, while the rates peak during summer and spring.

Ellen Eggert lost four of her family members to suicide. As a prevention expert, she says the dip in suicides during the winter months may be linked to the holiday spirit.

Japan's Ministry of Education says the suicide rate among middle and high schoolers has reached a 30-year high.

But why do we have this misconception? It's probably because of the way it's depicted in film and even the news.

In the classic Christmas movie "It's a Wonderful Life," George Bailey contemplates suicide until a guardian angel helps him appreciate life.

"Clarence get me back, I don't care what happens to me. Get me back to my wife and kids."

But journalists are also common sources of the “holiday suicide” myth. In fact, The Annenberg Public Policy Center has been tracking misleading coverage of it since 1999. They found that most of the time, the coverage was misleading. Even as recently as last year, several news outlets were misreporting the truth about suicide during the holidays.

Here's why that's more than just incorrect--it’s dangerous. Psychologists say misleading people to think that suicides increase during the holidays might have a contagious effect on people contemplating suicide. The CDC says it can also hamper prevention efforts, by disregarding support systems that people with depression need year round.

Suicide is a public health issue that should be addressed in all seasons. The CDC reports that it’s the tenth leading cause of death for nearly 45,000 Americans a year.

"People go to the rescue mission the homeless center and feed and there are some people who do it all-year round, but it would be great if the Toys for Tots all that. We have that all year round. I think that would make a big difference," Eggert said.