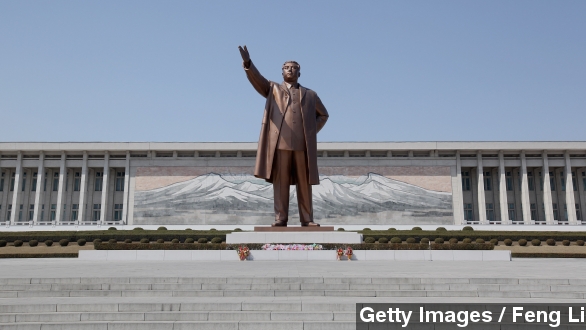 Days after the U.S. accused North Korea of a massive cyberattack, the country's limited internet access was completely shuttered.

Days after the FBI named North Korea as the perpetrators of a massive hack on Sony Pictures, the isolated country is feeling the heat.

"When regimes warn of deadly reprisals against countries condemning their atrocities, as the North Koreans have done, that is precisely the moment when we need to stand up and not back down," U.S. Ambassador to the U.N. Samantha Power said.

That movement isn't expected to go very far, thanks to the veto power of Pyongyang's allies, China and Russia. But North Korea might already be seeing another kind of blowback over the Sony hack.

No group has credibly taken responsibility for the attack yet, but plenty of fingers are being pointed at the U.S., especially after President Obama threatened a "proportional response" to the Sony Pictures hack.

U.S. Department of State spokeswoman Marie Harf told reporters, "We are considering a range of options in response. ... Some may be seen, some may not be seen."

But a security researcher for Arbor Networks doesn't see signs of U.S. involvement in the outage. "Much like a real world strike from the U.S., you probably wouldn’t know about it until it was too late. This is not the modus operandi of any government work."

If there is a nation-state involved, China could be a possible culprit. The U.S. government has been pressuring the longtime North Korean ally to take action against the nation.

It's also possible the attack, which resembles a basic DDOS strike, came from a non-nation group. Hacking organizations Anonymous and Lizard Squad have both posted messages threatening North Korea's Internet.

As of noon Tuesday local time, North Korea's Internet access had been restored.