N. Korea, U.S. Blame Each Other For Hacks With Little Proof 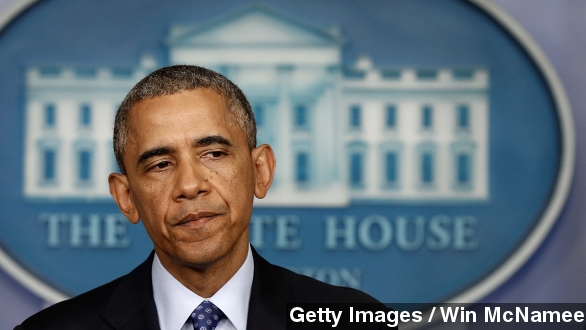 North Korea and the U.S. have been tossing accusations around on the recent cyber attacks, but neither nation has offered up much evidence.

The blame game continues as North Korea points to the U.S. as being responsible for another spate of Internet outages throughout the hermit kingdom but there still isn't any concrete evidence to suggest who is behind the cyber attacks on North Korea or Sony Pictures.

The state-run Korean Central News Agency released a statement lambasting President Obama for the release of "The Interview" and said "Obama always goes reckless in words and deeds like a monkey in a tropical forest."

The U.S. has pointed the finger at North Korea for the Sony hack, alleging the country was motivated by the film's depiction of the fictional assassination of the country's leader, Kim Jung-Un.

President Obama promised a "proportional response" to those responsible for the Sony hack. Days later when North Korea's already-limited Internet systems were the subject of an attack, many looked to the U.S.

But the U.S. has yet to claim responsibility for the attack and North Korea has enthusiastically denied accusations it was behind the hack on Sony. Despite both countries seeming like the obvious culprits, there is very little concrete proof of either country's involvement.

The FBI has said there is "enough information to conclude that the North Korean government is responsible for these actions" but added "the need to protect sensitive sources and methods precludes us from sharing all of this information."

The agency did provide some information on what led it to that conclusion: the malware used in the hack is similar to malware North Korea is known to have used before. But some outside cyber security experts have called that a bit thin. (Video via Fox News)

"We are very confident that this was not an attack masterminded by North Korea and that insiders were key to the implementation to one of the most devastating attacks in history," said Kurt Stammberger, a senior vice president of cyber security firm Norse, to CBS.

That's the other prevailing theory: that a disgruntled Sony employee carried out the attack.

In a column for The Daily Beast, a cyber security expert points out the hackers didn't cite "The Interview" as the reason for the hack until the media connected the two. "If everyone believes it’s a nation state, then the criminal investigation will likely die. It’s the perfect smokescreen."

There is even less evidence on who carried out the attack on North Korea.

Those hackers used a common method called a distributed denial-of-service attack to flood Internet services with so much traffic they would eventually be knocked offline.

Something that a security researcher told Bloomberg any hacker with $200 could accomplish, saying "If the U.S. government was going to do something, it would be not be so blatant and it would be way worse."

The U.S. has yet to outright deny its involvement but one official said, "As we implement our responses some will be seen and some may not be seen so I can't confirm those reports."

So again, for all the political back-and-forth over the last few weeks, there is hardly any visual evidence on who is to blame.