Missouri NAACP: Use 'Extreme Caution' When Traveling To Our State 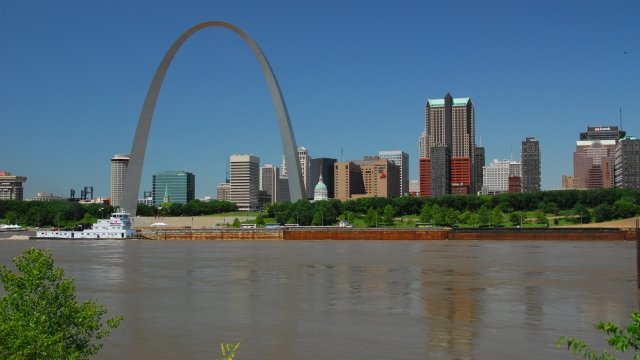 The travel advisory comes after the state legislature passed a bill making it more difficult to sue an employer for discrimination.

The NAACP's Missouri chapter advises people traveling to the state to do so "with extreme caution."

That's because Missouri recently passed a law that could make it more difficult to sue a company for discrimination.

It's called Senate Bill No. 43. Under it, employees must prove their protected class — such as gender, race or age — was the motivating factor in an unfavorable employment action.

Prior to this law, plaintiffs just needed to prove discrimination was a contributing factor — which is an easier case to argue in court.

Missouri courts previously required plaintiffs to prove a "motivating factor" in employment discrimination cases. That changed to a "contributing factor" after the Missouri Supreme Court decided the Daugherty v. City of Maryland Heights case in 2007.

Missouri Gov. Eric Greitens' office said the Senate Bill No. 43 law is in line with standards set in place in the federal government and 38 other states. The U.S. Equal Employment Opportunity Commission uses the "motivating factor" standard when "analyzing claims under Title VII of the Civil Rights Act of 1964 and the Americans with Disabilities Act."

The Missouri NAACP issued the advisory in early June after the bill passed both the state House and Senate.

Gov. Eric Greitens signed the bill into law June 30. It goes into effect Aug. 28, so the advisory is getting circulated once more.

The president of the Missouri NAACP told CNN the advisory will "[remain] in effect for the foreseeable future."

The American Civil Liberties Union previously issued similar statewide travel advisories for immigration-related laws — in Arizona in 2010 and in Texas earlier this year.