What NASA Plans To Do About Asteroids 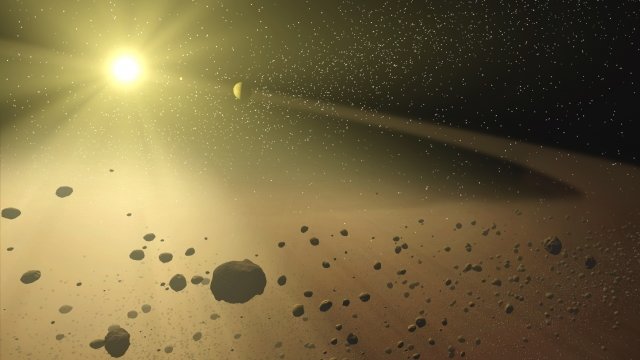 Every once in a while, we hear the unsettling news that a large asteroid is passing near Earth. And often, we also hear that the rock was only discovered just before the flyby. The close calls are a reminder of how vulnerable our planet really is.

Now we know what NASA intends to do about it. The agency's new plan outlines how it will defend against asteroid strikes.

The plan focuses on detection, meaning telescopes and software. Asteroids have predictable orbits, so once one is spotted, scientists can quickly tell whether it will ever pose a threat and when is the best time to try to deflect it.

Luckily, NASA is expanding its efforts to watch for nearby space rocks.

And if a threat is found? Some options to deflect an asteroid are subtle, like gravity tractors, where a spacecraft uses its own small gravitational field to nudge an asteroid onto a different orbit.

Others are less subtle, like smashing a spacecraft into the asteroid at high speed to knock it off course. And yes, blowing an asteroid up with a nuke is a real option.

The report also says NASA is now confident that all the largest asteroids — the ones big enough to cause worldwide damage — have already been found and that none are a threat.

And for smaller asteroids, early detection could give years to prepare for an impact if it can't be deflected.