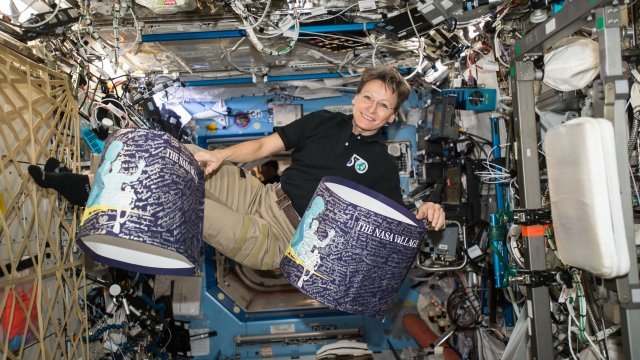 Peggy Whitson came back to Earth after more than nine months in space with a couple more records to add to her resume.

After 288 days floating around the International Space Station, NASA astronaut Peggy Whitson is firmly back on land.

This was Whitson's third long-term spaceflight. She's spent 665 days in space — more than any other U.S. astronaut.

She set that record back in May. Astronaut Jeff Williams previously held the record with 534 days, 2 hours and 48 minutes.

That wasn't the only record Whitson set while on board the ISS this time around.

She brought her total number of spacewalks up to 10 — the most of any female astronaut. And Whitson set a new record for the most accumulated time spacewalking by a woman: 60 hours and 21 minutes.

Whitson, who at age 57 is the oldest woman ever to fly in space, is also the only female astronaut to have commanded the ISS twice.

Whitson is currently in Houston, where Johnson Space Center is located. She wouldn't confirm if she plans to go back to the ISS, but did say she hopes to continue working on the spaceflight programs.

After nine months in space, Whitson named two things she's looking forward to: pizza and toilets that flush. We don't really want to think too long about that second one.