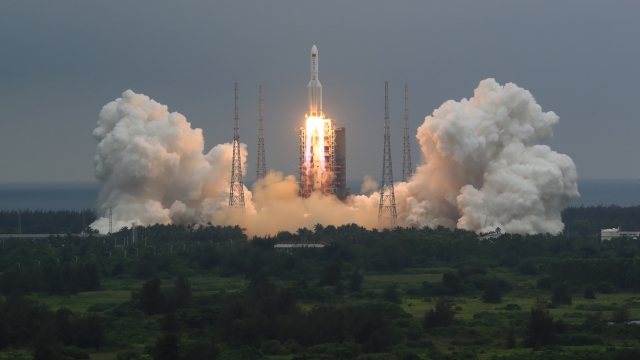 An uncontrolled Chinese rocket had the world's attention as it prepared to re-enter the Earth's atmosphere.

An uncontrolled Chinese rocket had the world's attention last week as it prepared to re-enter the Earth's atmosphere.

NASA, however, is not amused.

The agency said China didn't meet "responsible standards," accusing the country of allowing the rocket to re-enter in a free fall and pose a safety risk to many countries.

For about a week, it was unclear where the rocket's debris could land.

But China said remnants of the rocket landed in the Indian Ocean this weekend.

Beijing accused the U.S. of overhyping the rocket's threat.