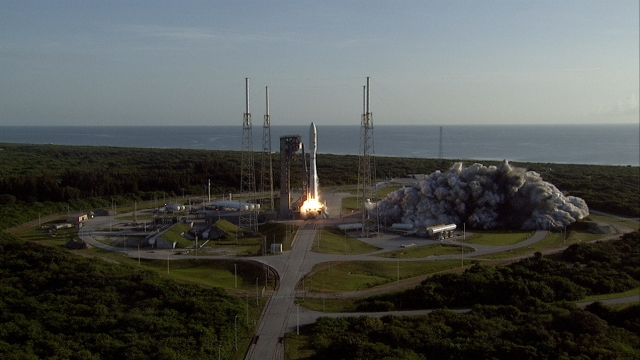 It's the first time NASA's going to Mars with "an explicit mission to find life."

NASA's Perseverance rover is now en route to the Red Planet. It launched from Cape Canaveral, Florida, Thursday morning and is expected to land on Mars in February.

It's part of a long-term effort by NASA to explore the planet — examining the geology and searching for signs of ancient microbial life. Scientists and engineers have been working toward this launch for a decade.

A NASA official told reporters, "This is the first time in history where we're going to Mars with an explicit mission to find life on another world — ancient life on Mars."

NASA calls Perseverance "the most sophisticated rover" it has ever sent to Mars. About the size of a car, it features a new drill that can collect and stockpile core samples from rocks and soil.

A helicopter called Ingenuity is also traveling with Perseverance. If successful, it will be the first aircraft to fly "in a controlled way on another planet."