NASA's Planet-Finding Kepler Mission Isn't Over After All 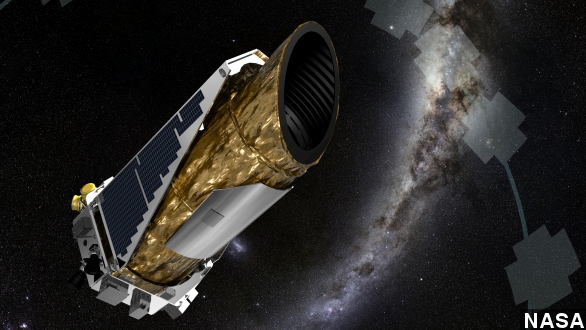 More than a year after NASA declared the Kepler spacecraft broken beyond repair, scientists have figured out how to continue getting useful data.

This is one piece of NASA hardware that just won't stay down. It's like Rocky.

The Kepler space observatory is back in action, despite what was thought to be a mission-ending malfunction in 2013.

But when one of the spacecraft's reaction wheels froze up in May 2013, we were told that was it. There was enough data to keep scientists busy for years, but the Kepler spacecraft itself was kaput. NASA even wrote a eulogy.

Time's Michael Lemonick told PBS, "With only two wheels still working, you can't point with the accuracy that you need. The telescope is still in perfect working order, it just can't aim in the direction that it's supposed to."

It turns out that wasn't quite the case. NASA may have given up on Kepler, but a group of astronomers and engineers were already trying to figure out some ingenious way to extend the mission.

What they came up with was using the force of sunlight — that's right, sunlight — to keep Kepler more or less steady so that it could continue to send back data about our galaxy. It even found another planet already. (Video via University of Colorado Boulder)

The sequel mission has been dubbed K2: Kepler's Second Light, and the Harvard grad student responsible for finding the new planet said, "Like a phoenix rising from the ashes, Kepler has been reborn and is continuing to make discoveries." He's clearly having a moment here.

No word on how long scientists think they can squeeze more data out of Kepler, but its original mission was only planned to last until the fall of 2012, so it's all just a bonus at this point.