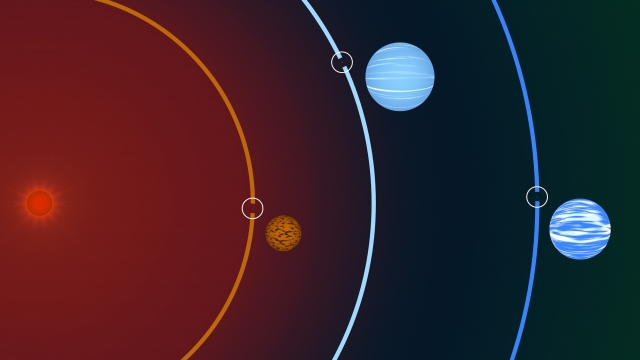 It's been a year since NASA's planet-hunting TESS satellite began searching our southern skies for distant exoplanets, and it's made quite a few interesting finds.

NASA announced Monday that the satellite, which launched in April 2018, has found three worlds that warrant further study. Two of the planets are types not found in our solar system.

The three are missing links of sorts. One of the scientists behind the discovery said the planets "straddle a well-established gap" in known planet sizes.

All three orbit a star about 73 light-years away — relatively close by interstellar standards. One of the planets is a super-Earth — a large rocky planet — and the other two NASA calls mini-Neptunes.

The satellite still has a lot of work to do. With its first year under its metaphorical belt, it will shift its search to stars in our northern hemisphere for more exoplanets.