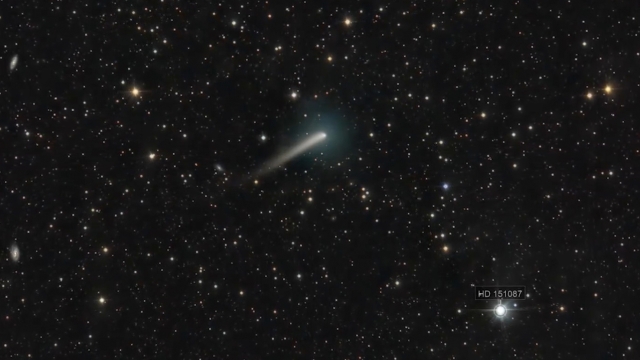 A bright green comet will make its first pass in its likely only appearance in recorded history.

It’s a celestial visitor that hasn’t passed through since Neanderthals walked the Earth.

"You're seeing something nobody has seen for 47-48,000 years, when our ancestors may have said 'wow!'" said Dan Bartlett, amateur astrophotographer.

Bartlett is a retired high school science teacher. He didn’t discover the comet, but he’s taken some of its most spectacular images, including one on Dec. 24 that caught the attention of NASA.

From his cabin near Yosemite National Park, Bartlett trains his highly specialized telescope cameras into the clear night sky capturing comets like one in 2020.

"I think the excitement is, what am I going to get next?" he said.

"Right here is the first inkling of the comet right here. So there's not much to see. But it's beautiful," he said.

As the comet got closer the pictures got better. October, November and an image taken Christmas Day.

"I live for this stuff. I shoot the images and I don't know what I'm going to see from the month before. You realize the insignificance that we are when we look out into the depths of reality," he said.

NASA says the comet will reach its closest point to the sun Thursday — then swing by Earth a mere 26 million miles away on Feb. 1.

"If you if you want to see it — binoculars. That's all you need. These are unpredictable. They could fizzle out it could break up, it could get so hot. It could get significantly brighter. We just don't know. I'm excited!" Bartlett said.

The comet was just discovered last March, but this will be the last chance for any of us to see it. Once it leaves the solar system, it won't return for thousands of years.

The Virtual Telescope Project will host a free livestream of the comet beginning at 11 p.m. ET Thursday. You can watch from the project's website or on its YouTube channel.

A scientific assessment found recovery in progress, more than 35 years after the world agreed to stop producing a list of ozone-eating chemicals.