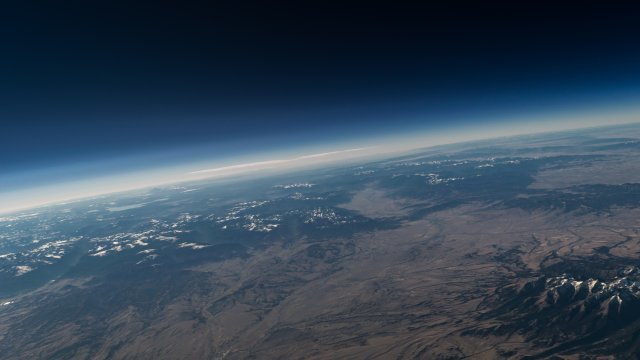 NASA is using balloons to send bacteria into the stratosphere. The test will see how something that lives on Earth responds to the conditions.

NASA and Montana State University are ready to send loads of bacteria into the stratosphere. But don't worry; it's all for science.

Teams across the U.S. will release about 100 balloons during the Aug. 21 total solar eclipse. They'll float around 85,000 feet in the air, and each balloon will have cameras for video and photos, as well as a tracker.

Some of those balloons will also carry samples of a highly resistant bacteria. NASA scientists want to see how it reacts to Mars-like conditions.

The upper part of Earth's stratosphere has conditions very similar to Mars' atmosphere at the surface. There, the air is thin, and the environment is cold and full of radiation. During the eclipse, Earth's atmospheric conditions will become even more like Mars.

The experiment aims to test the limits of living things on Earth.

You Could Be NASA's New Planetary Protection Officer

If you got the job, you'd protect NASA's search for alien life — and make six figures.

Eventually, the balloons will pop, and devices will send the data and bacteria down to the ground. NASA will compare the stratosphere bacteria with samples left on Earth to see what changed.

Researchers say they hope to learn a lot from the balloon experiment. And here's a bonus: The onboard cameras will livestream the eclipse on the internet for millions to watch.