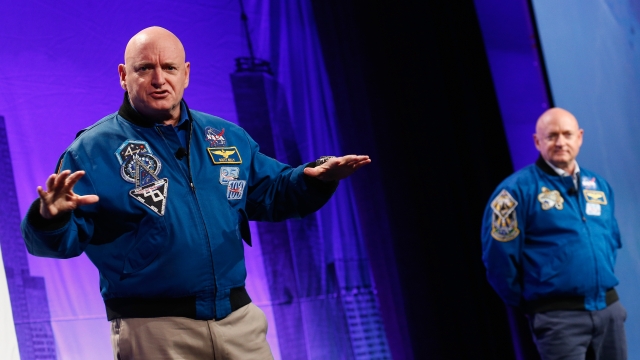 Many of the changes Scott Kelly experienced in space returned to normal after he came back to Earth, but not all of them.

The study focuses on identical twins Scott and Mark Kelly. Scott returned from the International Space Station in 2016 after spending 340 consecutive days in space. Mark had the easier job of staying on Earth, but his body provided a point of comparison for any changes in his brother.

The results NASA released Thursday are the work of 10 different teams. The researchers carefully examined how the bodies of the twins differed. Many of the changes Scott experienced in space returned to normal after he came back to Earth, but not all of them.

Something that didn't change back are some of Scott's genes. A lot of them changed while he was on the ISS, and a majority of them returned to normal when he left the microgravity of space. But some of his immune system and DNA genes didn't repair themselves once back on Earth.

The prolonged spaceflight also appeared to impact some of Scott's cognitive abilities. While in space, Scott's alertness largely kept pace with his brother's. But NASA says Scott's speed and accuracy significantly decreased after returning to the ground, and that decrease persisted for at least six months.

Some of the findings previously trickled out, like the discovery about Scott's telomeres. Those are on the ends of our chromosomes and typically shorten as we get older. Scott's telomeres got longer while he was in space, but they returned to a more expected length shortly after he returned to Earth.

Researchers will continue to study the impacts of space on the human body. But NASA hopes the observations from its twins study can help scientists anticipate the needs of individual astronauts to make long-term missions possible.