Nashville Bomber Sent Letters With His Viewpoints Around U.S. 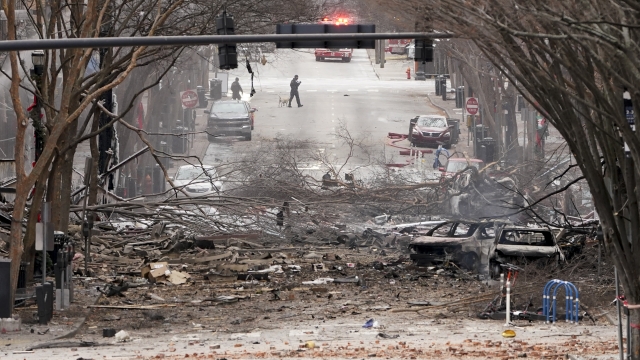 The man who set off a bomb in Nashville on Christmas day sent packages with his viewpoints to people around the country, according to the FBI. Authorities have not identified a motive for the attack.

A recording warned people to move away from an RV on the streets of downtown Nashville minutes before it exploded.

Three people were injured in the attack. DNA identified the man's remains. In 2019, his girlfriend told police the man was making bombs in his RV.