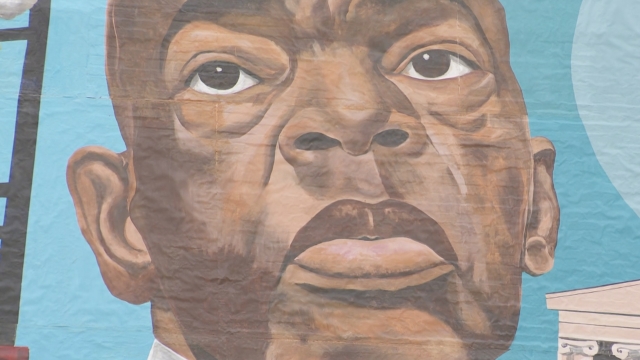 It's a work of art by two local Black artists honoring the late U.S. congressman and the Freedom Riders.

In downtown Nashville for everyone to see, there are plans for a four-story mural of civil rights icon John Lewis.

His roots run deep here. He was a college student in Nashville, where he fought for racial justice.

The city is showing off a portion of the mural. It's a work of art by two local Black artists honoring the late U.S. congressman and the Freedom Riders.

"There's really nothing in Nashville other than when John Lewis Way was named ... but this really gives homage to him and the whole Freedom Riders and the universities here that he attended and just his impact on the city," artist Michael J. McBride said.

After Lewis died, the city passed an ordinance to rename Fifth Avenue Rep. John Lewis Way. And in July, the city unveiled a historical marker in his honor.

The mural, which will have his famous words "good trouble" written in big yellow letters at the top, is about his time in Nashville.

His nephew Jerrick Lewis says to see this mural today would bring his uncle to tears.

"He wouldn't think that he deserved it because, in his eyes, he was simply just doing what God called on him to do, which was get into good trouble and make a difference in the world, which he did," Jerrick Lewis said. "So, he would look up and he would just be amazed and in tears to see a picture of him."

Lewis died last year at 80 years old after battling pancreatic cancer. But his legacy and his famous words live on.