Larry Nassar In Letter: 'Hell Hath No Fury Like A Woman Scorned' 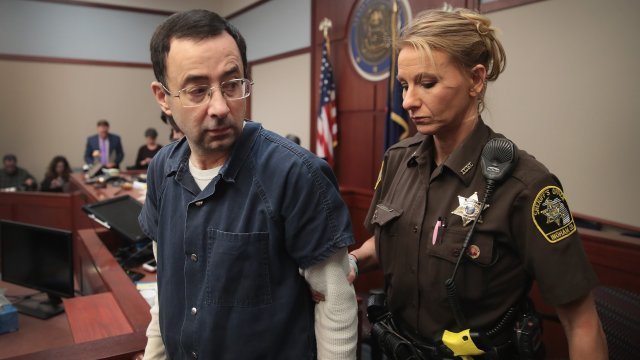 Larry Nassar, the former USA Gymnastics doctor sentenced to up to 175 years in prison for sexual abuse, wrote a letter before his sentencing, and it suggested he was not remorseful.

Judge Rosemarie Aquilina read parts of the letter right before Nassar was sentenced, and the contents prompted gasps in the courtroom.

Nassar wrote, "Hell hath no fury like a woman scorned." He said his accusers were lying. He also wrote, "I was a good doctor because my treatments worked, and those patients that are now speaking out are the same ones that praised and came back over and over."

That seemed to contradict an apology statement Nassar made Wednesday.

Nassar was sentenced for sexually abusing more than 150 women and girls. Aquilina said: "It is my honor and privilege to sentence you. ... I've just signed your death warrant."