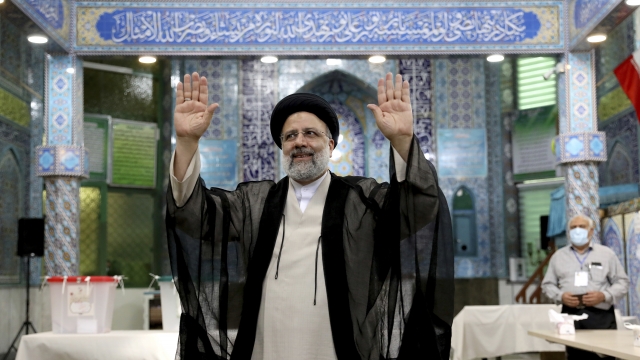 Sullivan said it's unclear if Iran's new president will have any effect on the nuclear deal. He also spoke about Biden's tough stance on Putin.

National Security Advisor Jake Sullivan is sharing what’s ahead for President Joe Biden's foreign policy agenda. Sullivan said Sunday, it's unclear if the election of Iran's new president Ebrahim Raisi will have any effect on nuclear talks with the Islamic state.

Jake Sullivan, National Security Advisor: "We believe diplomacy is the way rather than military conflict."

Raisi is currently sanctioned by the U.S. over his alleged involvement in mass executions of thousands of political prisoners in the late 1980’s.

And Israel's Prime Minister warned others to "wake up" and reconsider re-joining the nuclear deal. Still—Sullivan stressed the ultimate decision falls on someone else.

Sullivan: "The ultimate decision for whether or not to go back into the deal lies with Iran's Supreme leader and he's the same person before this election as he is after the election. Ultimately, it lies with him."

And when it comes to Russia, former Secretary of State Mike Pompeo criticized Biden's lack of strength.

Pompeo: "They see American weakness: a president who blanches at even the ability to put pressure on Vladimir Putin in a private meeting. Putin said himself he didn't feel any pressure."

Sullivan was also in the room when the President met with Russian leader Vladimir Putin last week.

Sullivan: "He entered and exited this summit in Geneva as the leader of the free world, a mantle that Donald Trump had given away and that Joe Biden reclaimed on behalf of this country. Flanked by allies and supported by democratic partners and willing to push back hard on Vladimir Putin.