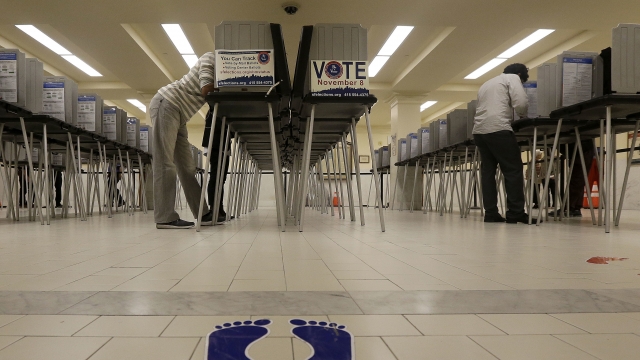 A backlog of naturalization applications may threaten some immigrants ability to vote this year. The Washington Post reports hundreds of thousands of applications are pending at the Immigration Services Office.

The average processing time this year is nine months. The agency says underfunding and new regulations from the Trump administration are contributing to delays.

"They've been raised to think about politics for a really long time and have been engaged. It's just that now they can vote because they're older," said Lisa Mafana, a professor of political science at Arizona State University.

Blanca Ramirez, a volunteer at Mi Familia Vota said, "Think about your grandkids, your family's well-being, DACA and immigration issues, the lack of benefits for our elders, education, health care. We can change everything with our vote."

Immigration officials say they naturalized 834,000 people last year — the highest number in over a decade.