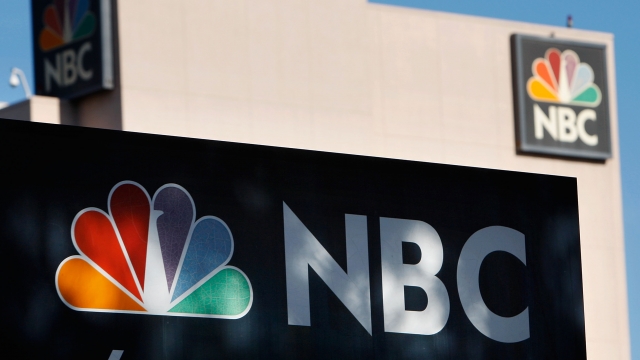 NBCUniversal will release ex-employees from nondisclosure agreements if they want to come forward with sexual harassment or discrimination allegations.

MSNBC's Rachel Maddow broke the news on-air Friday night. She read from a statement: "Any former NBC News employee who believes that they cannot disclose their experience with sexual harassment as a result of a confidentiality or non-disparagement provision in their separation agreement should contact NBCUniversal and we will release them from that perceived obligation."

In the same show, Maddow interviewed journalist Ronan Farrow, who has reported on sexual misconduct in the media industry and specifically about former "Today" host Matt Lauer and movie mogul Harvey Weinstein. According to Farrow's recent book, "Catch and Kill," at least seven women say they were sexually harassed within NBCUniversal, and some specifically accused Lauer. Farrow writes the company paid out settlements to keep accusers quiet. He describes the case of Brooke Nevils, who says Lauer raped her while the two were reporting on the Sochi Winter Olympics. She left her job at NBC and was reportedly given a seven-figure payment.

NBC says the nondisclosure agreements were standard and there's "no way the current leadership could have known" about Lauer's alleged misconduct.

Lauer was fired from NBC in 2017, less than two days after Nevils accused him of assault. He has denied any wrongdoing and says he has "never assaulted anyone or forced anyone to have sex." In an open letter, he said he'd had sex with Nevils several times but that it was always "mutual and completely consensual."

NBC News President Noah Oppenheim has denied that allegation and said Farrow's book is "built on a series of distortions, confused timelines, and outright inaccuracies." He says, "We have no secrets and nothing to hide."