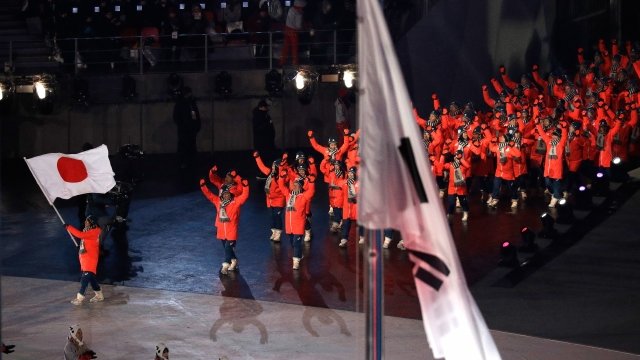 A commentator said Korea sees Japan as an "example," even though Koreans were abused during the Japanese occupation.

NBC's Olympic commentator Joshua Cooper Ramo upset a lot of Koreans when he commented on the Japanese occupation of the peninsula during Friday's Olympic opening ceremony.

Ramo introduced Japan as "a country which occupied Korea from 1910 to 1945" and went on to say that "every Korean will tell you that Japan is a cultural and technological and economic example that has been so important to their own transformation."

Which sounds like high praise, but Korea and Japan's post-World War II history hasn't been nearly that rosy.

As The Korea Times put it, "many Koreans suffered enormously, often from rape, forced labor, torture and death," during the Japanese occupation.

And the issue of sexual enslavement of Korean women — euphemistically called "comfort women" — is one that continues to color the Japanese-Korean relationship.