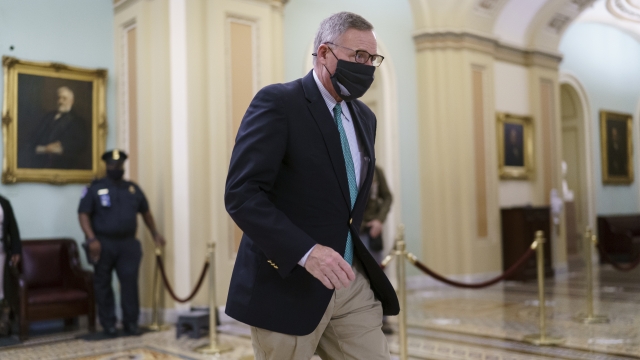 Sen. Richard Burr said his party's leadership chose loyalty to Trump over the principles of the party and the country's founders.

Some of the seven GOP senators who voted to convict former President Trump of incitement of insurrection are now facing consequences from their state parties.

The Republican Party of North Carolina voted unanimously to censure Sen. Richard Burr last night. Burr surprised many by voting to convict Trump after he voted against moving forward with the impeachment trial earlier in the week. The censure resolution is mostly symbolic.

In a statement, Burr said, "It is truly a sad day for North Carolina Republicans."

He said his party's leadership chose loyalty to Trump over the principles of the party and the country's founders. Burr is retiring when his term ends in 2022.