How NCAA Athletes May Capitalize On New Name, Image And Likeness Rules 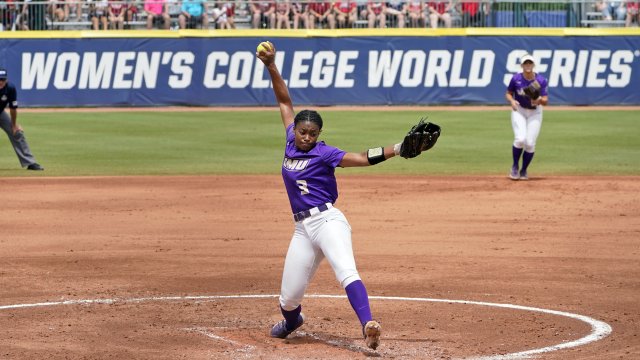 The move suspends NCAA restrictions on payments to athletes for things such as sponsorship deals, online endorsements and personal appearances.

It's a new era in NCAA sports, as athletes take control of their personal brand. College players can now make money off their name, image and likeness without risking their eligibility.

"This is probably the singular, most massive change to college sports that is happening to all student athletes across the country all at once," said Luke Fedlam, Partner and Head of Sports Law at Porter Wright.

Fedlam is advising the Ohio State University athletic department on this issue. Between coaches, administrators and the players themselves, he's trying to educate everyone on what's at stake after the NCAA lifted its amateurism rules.

"What I always want to make sure that doesn't get lost in all of that conversation is the fact that student athletes are going to be able to make money and they're going to be targets for people who might want to take advantage of them, and they need the education at the same time," Fedlam explained.

He's been teaching athletes about the language in endorsement agreements or advising coaches on giving athletes space to search for deals so they don't lose out on the recruiting trail.

A star quarterback or a playmaking guard will likely get the bulk of the lucrative offers. Opendorse, an athlete endorsement firm, however, found there's a big audience for other athletes too.

Of the 30 most followed college athletes on social media, almost half of them are from sports other than football and men's basketball — the two moneymakers for NCAA schools. And more than a third of those on the list are women.

"I'd like to think that there will be more creativity among these Olympic sports, whether use their platform to really try to shop personal items, develop a YouTube page, try to become social media influencers," said Eddie Comeaux, Professor of Higher Education at University of California-Riverside.

Not everyone may be a social media influencer though. Other athletes may make money off live gaming streams like Twitch, offer camps or lessons or get more modest deals.

"You might receive compensation for a variety of different things just because maybe we have a or your name is used for a particular sandwich at a sub shop that's local," explained Helen "Nellie" Drew, Director of the Center for the Advancement of Sport at the University of Buffalo."Most of these deals are going to be limited to the marketplace within which the school is located."

But this is still new territory. Those who follow college sports say it will take time for all involved to get a feel for the landscape.

"It's possibly a situation where the student athlete is supporting a brand that has taken some sort of a social position that is inconsistent with what the school of school performance values might be," warned Drew.

That includes an athlete signing a deal that promotes cannabis products or involving an alcohol brand. All these questions will likely come up over the next year and be answered on the fly.

"It is going to be a test run probably for the first year," Comeaux said. "I don't think there will be much enforcement in the standpoint of eligibility loss because a player decided to take on something. I see it as more of an experiment early on and then they'll begin to sort of tighten up our understanding of NIL once we have a better sense of this."

The focus will also turn to Congress, which is considering a number of name, image and likeness bills. Lawmakers may give more long-term clarity on how college athletes can make money with this new opportunity.