Netanyahu Ally To Implicate Him In New Corruption Case 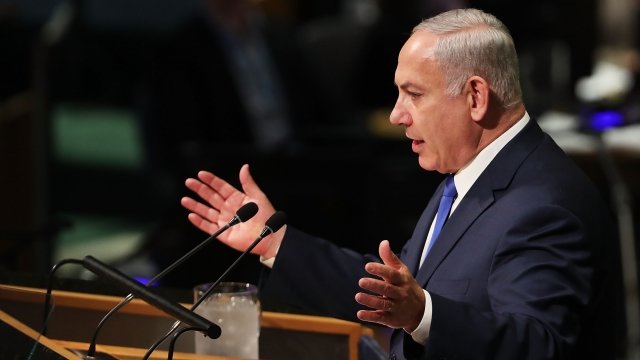 Shlomo Filber was one of seven people close to Netanyahu arrested over the weekend in connection with Case 4000.

A close ally to Israeli Prime Minister Benjamin Netanyahu has agreed to implicate him in yet another corruption case.

Shlomo Filber was one of seven people close to Netanyahu arrested over the weekend. They were implicated in the investigation dubbed Case 4000.

The case alleges members of Netanyahu's inner circle used political force to help a prominent telecommunications group in exchange for favorable coverage of the prime minister and his wife.

Filber has made a deal with investigators: He's agreed to implicate Netanyahu in the case as a state witness, and in exchange Filber will get out of serving time in prison. Netanyahu has denied any and all wrongdoing.

As prime minister, Netanyahu appointed himself as his own communications minister. He held that position from 2014 to 2017. During part of that time, Filber was that department's director general. Netanyahu's allies allegedly pushed for regulations that would benefit the Bezeq group. In return, Walla news, a part of Bezeq, allegedly agreed to cover the Netanyahus more favorably.

If Netanyahu is implicated, that would make this the third case currently under investigation he's directly tied to. And that's not to mention two previous times Israeli police recommended corruption charges against Netanyahu.