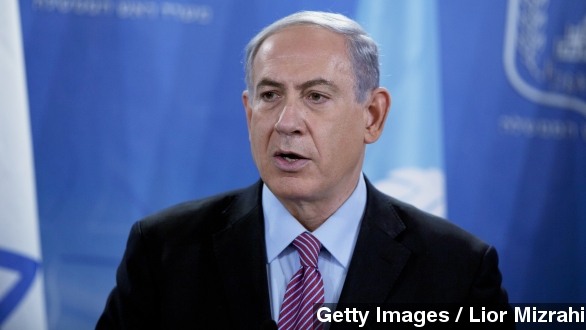 In the lead-up to Israeli elections, Prime Minister Netanyahu said he would fight the creation of a Palestinian state; now, he's taking that back.

"I don't want a one-state solution. I want a sustainable two-state solution, but for that circumstances have to change," said Israeli Prime Minister Benjamin Netanyahu.

On Sunday, right before the Israeli elections, Netanyahu told an Israeli news site he would fight to prevent the creation of a Palestinian state.

Then, on election day, Netanyahu posted a video to his Facebook wall expressing concern about Arab Israelis voting in droves.

Those anti-Palestinian comments may have propelled his Likud party to win the election, securing him the prime ministry. (Video via YouTube / Benjamin Netanyahu)

But this sudden change of heart comes after backlash from the international community and tension with the White House.

On Wednesday during a press gaggle, White House Press Secretary Josh Earnest said: "Rhetoric that seeks to marginalize one segment of their population is deeply concerning and it is divisive. And I can tell you that these are views that the administration intends to communicate directly to the Israelis."

Netanyahu's backtracking also comes after reports the U.S. was considering changing its approach at the U.N. on the Israeli-Palestinian conflict. In the past, the U.S. has used its veto power to block the U.N. from doing things Israel wouldn't want, like creating a Palestinian state.

On Wednesday, State Department Spokeswoman Jen Psaki didn't rule out a change in that policy at the U.N.

"We're currently evaluating our approach.  We’re not going to prejudge what we would do if there was a U.N. action," Psaki said.

One group that might not be happy about Netanyahu's renewed support of a two-state solution are, surprisingly, Palestinians.

The New York Times writes that Netanyahu's comments before the election actually gave Palestinians a stronger argument because "the Palestinians can argue to Europe and the United States that they no longer have a negotiating partner, strengthening their case for full statehood and recognition in the United Nations​."

On Thursday, Earnest called out Netanyahu for the change.

"Words do matter. And that I think every world leader, everybody who's in a position to speak on behalf of their government, understands that that's the case," said Earnest.