Israel Says It's Not Changing Syria Strategy After Plane Goes Down 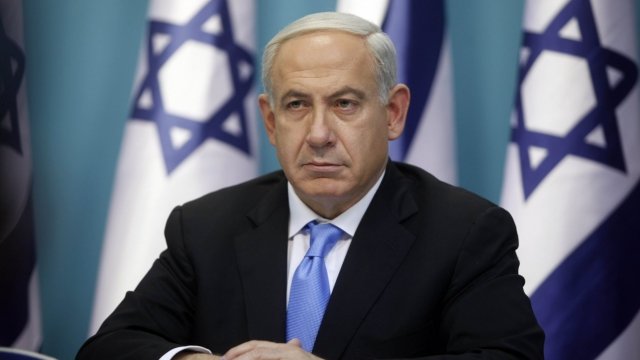 Israel says its defensive strategy isn't changing as it blames Syria for shooting down one of its planes.

Israeli Prime Minister Benjamin Netanyahu said Sunday his country's strategy in Syria hasn't changed, even as it blames Syria for bringing down an Israeli jet.

Netanyahu told reporters his country is still focused on a defensive mission in Syria. But Syria claims Israel has been acting aggressively. It even accused Israel of supporting terrorism.

The back-and-forth comes as the Israeli military blames Syria for bringing down one of its jets on Saturday. That's the first time Israel has lost a plane to enemy fire in more than 35 years, according to The Washington Post.

Israeli officials released a timeline of what happened. They say the plane was shot down while it was carrying out what Israel described as counterstrikes on Syrian and Iranian targets inside Syria. Officials said those strikes were a response to an Iranian drone trying to penetrate Israeli airspace Saturday. Iran is fighting in Syria in part to help keep Syrian President Bashar al-Assad in power.