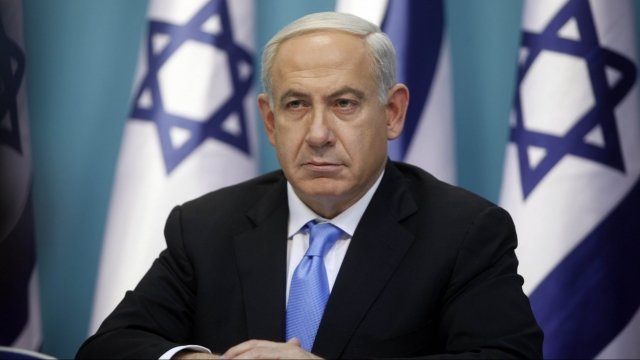 Israeli Prime Minister Benjamin Netanyahu warned Sunday at the Munich Security Conference of a possible conflict with Iran over tensions in Syria.

Israeli Prime Minister Benjamin Netanayhu says his country is prepared to fight a war with Iran over tensions in Syria. To underline his point, Netanyahu brought along what he claimed was an Iranian drone shot down by Israeli forces.

Netanyahu was at an annual security conference in Munich when he made the remarks.

The prime minister has long been concerned about Iran's influence in the Middle East and warned that the country's power is growing as militant groups like ISIS lose territory.

Iran's foreign minister pushed back against Netanyahu's remarks, calling his address a "cartoonish circus, which does not even deserve a response."