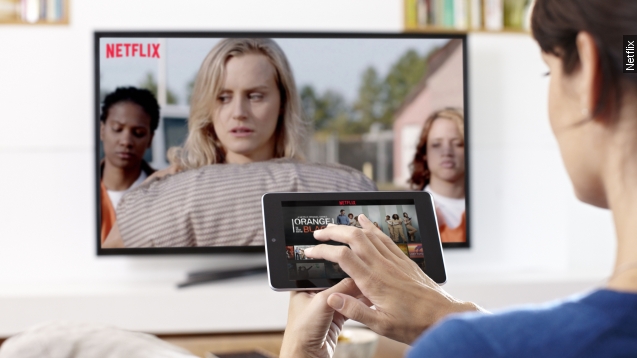 Hi. My name is Katherine. And I can't stop watching Netflix.

Don't judge. It's so easy to access — computer, TV, phone — it's always just right there. Calling to us ...

And found Netflix accounts for almost 37 percent of all primetime Internet traffic in North America. To sum it up — a ton of people are using Netflix. (Video via Netflix / "Unbreakable Kimmy Schmidt", "Orange Is The New Black")

But as Quartz notes, there are "a couple of caveats" to that data.

And as Variety noticed, HBO's Internet services didn't even make the list:

"However, during HBO's 'Game of Thrones,' season five premiere on April 12 the premium cabler's two streaming properties ... accounted for 4.1% of traffic on one U.S. fixed network, an increase of more than 300% of their average levels." (Video via Netflix / "House of Cards")

But that still doesn't put much of a dent in Netflix's numbers.

This video includes images from Netflix.