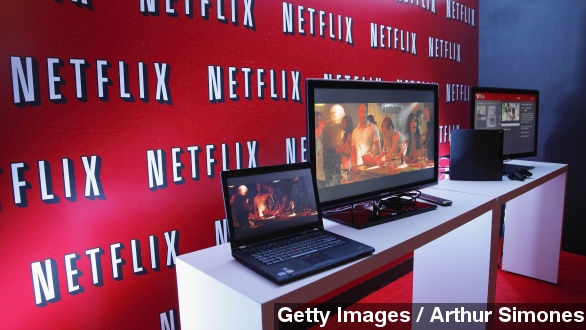 Netflix announced plans to revive two TV shows this week, continuing its trend of picking up shows dropped from other networks.

Netflix is picking up yet another TV leftover. On Friday, the video streaming service announced a two-season commitment to Tina Fey and Robert Carlock’s “Unbreakable Kimmy Schmidt.”

The show stars Ellie Kemper, who made us laugh until we choked in “The Office”  and “Bridesmaids.” More recently, Kemper was featured in “Sex Tape” with Jason Segel and Cameron Diaz.

“Unbreakable Kimmy Schmidt” was supposed to debut as an NBC comedy, but NBC decided not to move series. Universal Television, the studio producing the comedy, instead shopped the series to Netflix.

Deadline quotes NBC Chairman Bob Greenblatt, who oversees Universal Television as well, said, “We decided this was the best possible scenario to launch this captivating new series. … It’s an instant win-win for everyone, including Tina, Robert, and Universal Television.”

Greenblatt also added NBC has a “drama-heavy midseason” and Netflix is probably the best place for a Show like “Unbreakable Kimmy Schmidt” to thrive.

The pickup could be seen as another win for Netflix, which has made a habit of giving shows a second chance. Earlier this week, Netflix saved popular A&E series “Longmire” from cancellation by ordering a fourth season.

Other notables in that list include “The Killing” and “Arrested Development.”

Besides gobbling leftovers, Netflix is also gorging on Internet traffic in North America — according to Canadian research company Sandvine. In its biannual report released this week, Sandvine found Netflix accounts for nearly 35 percent of bandwidth usage during peak evening hours.

Other companies improved on their numbers also, including YouTube, Amazon Instant Video and HBO Go, which Sandvine’s president and CEO Dave Caputo said is on the come up. “With both Netflix and Amazon Instant Video gaining bandwidth share in North America during 2014, it will be fascinating to see how a standalone HBO Go streaming option will impact networks when it launches in 2015,” Caputo said.

“Unbreakable Kimmy Schmidt” is set to premiere on Netflix in March of 2015.