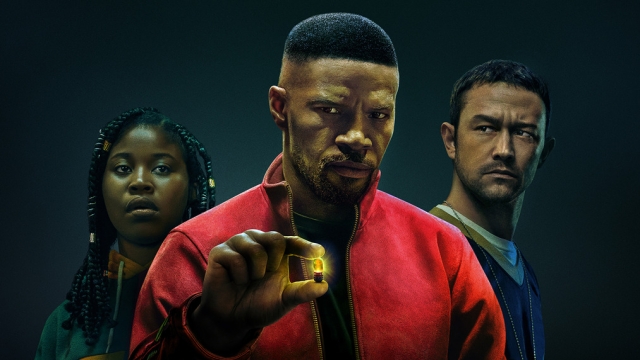 The film examines the real-life issues of police corruption and racial justice.

"Project Power" is Netflix's latest superhero action flick, and it hopes to fill this year's void of summer blockbusters. Newsy got the chance to speak to writer Mattson Tomlin about his film.

Mattson Tomlin: "It was kind of this genre mash of — I started thinking what are movies that I really love? And if you just drop superpowers into them, like what is that and the first that came to mind for me was 'Eight Mile,' which is one of my favorite movies."

Like "Eight Mile," "Project Power" takes its cues from hip hop and touches on class and race struggles in the U.S. With heavy tones of realism, Mattson's film adds to the growing subgenre of darker "grittier" superhero franchises like Netflix's "Luke Cage," Amazon's "The Boys" or HBO's "Watchmen."

But unlike those titles, the film doesn't focus on superheroes. In fact, superheroes don't really exist at all and superpowers come from a dangerous drug. Without giving anything away, the genre is more of a backdrop for real-life issues like police corruption and racial justice — issues that were especially salient to Tomlin when he first started developing the story.

Tomlin: "At the time I started writing, Ferguson had not been that long ago. … The system that we live in is super broken, and that felt like the kind of thing that was worth making a movie about."

The film stars actress Dominique Fishback in the role of Robin, making it one of the few titles in the genre with a Black woman in the lead role.

Tomlin: "That wasn't my social justice prerogative, it was kind of like, that to me was the story that felt worth telling."

Just three out of 10 lead actors in film are people of color, according to UCLA's 2020 Hollywood Diversity Report. And of last year's top movies, Black actresses made up just five percent of film roles in general.

In the superhero genre specifically, representation is growing — especially after the critical success of Marvel's "Black Panther" and HBO's "Watchmen."

Watchmen was recently nominated for 26 Emmy awards, including best lead actress in a limited series for Regina King.

Tomlin: "There's a little bit of privilege that I can use here — like the fact that I am this straight white guy. There's an opportunity for me to tell this story in this way that can hopefully make it so that now there will be more of those movies with more leads that look like Robin looks like."