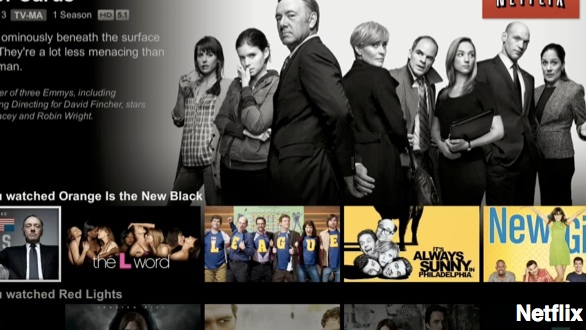 Netflix has revamped its interface, making it almost identical across all TVs.

Netflix has revamped its TV interface, to make those billion-plus hours of TV viewing more streamlined no matter what screen you're watching on.

"We'll match you up with TV shows and movies you can fall in love with based on a quick overview, rotating images, what your friends watched and more. ... When selecting an episode, you'll see episode-specific images and overviews."

Roku and other set-top boxes, DVD players and the current generation of game consoles now share the same interface.

Netflix has stopped using the webkit rendering engine and HTML 5. In their place it has developed its own platform that integrates with more devices, including older hardware.

The company even built its own voice recognition system for use across multiple devices.

An exec says Netflix built the unified system "so that Netflix could add new features in write-once, run anywhere fashion."

But there are still holdouts that didn't get touched by the redesign, thanks to product guidelines that Netflix's partners require. AllThingsD explains:

"Apple, for instance, requires all of its developers to hew to a grid design, which is why HBO's app, ESPN's app and Netflix's app all basically look and feel the same. The new Xbox console plays off the 'live tiles' Microsoft is using on Windows 8 and its mobile OS."

The web interface will look as it always has, as well. It's not clear if or when Netflix plans to update its browser component to match the rest of its ecosystem.

For those compatible devices, though, Netflix says the update will start on November 13 and take about two weeks to reach all the affected devices.