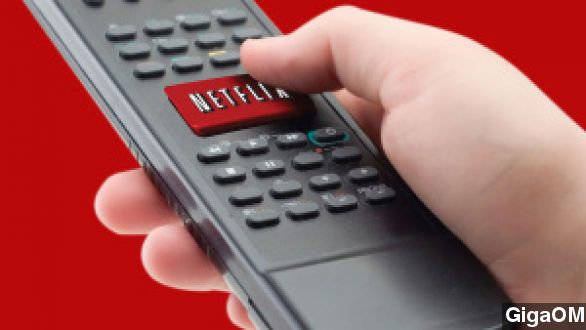 Netflix and YouTube account for more than half of peak streaming. Each has 10 times the traffic of Hulu and Amazon's video efforts combined.

Look at the headlines and you'll see Netflix and YouTube account for more than half of the streaming video we watch in peak Internet hours. But here's what you might've missed — some other big names in video are falling out of the picture — fast.

Yes, Netflix makes up nearly 32 percent of downstream traffic in North America. That term essentially refers to data you're downloading.

Then there's YouTube, with close to 19 percent. Not super-close to industry-leading Netflix, but way out in front of Amazon.

It's not for lack of trying. Amazon has put a steady push on promoting its video on demand service. Still, it makes up just 1.6 percent of downstream data.

And the service thought by many to be Netflix's main competitor for cable-cutting customers is barely on the radar. Hulu shows up on the report with just 1.3 percent.

The data comes from Sandvine, a company that describes itself as a provider of network solutions for fixed and mobile operators. Its "Global Internet Phenomena Report" is published twice a year.

Sandvine also suggests peer-to-peer file-sharing sites like Bittorrent account for less than 10 percent of daily traffic in North America. Five years ago, that number was higher than 31 percent. Ten-plus years ago — it looked more like 60 percent.

AllThingsD's Peter Kafka points out what he calls "an interesting wrinkle." Facebook has nearly doubled its percentage of mobile traffic.

Though TechnoBuffalo notes it's hard to tell if that means Facebook actually has more mobile users, or is just moving bigger chunks of data.

Another interesting mobile bit from the Sandvine report — iOS updates made up 20 percent of North American traffic on the day Apple released iOS 7.