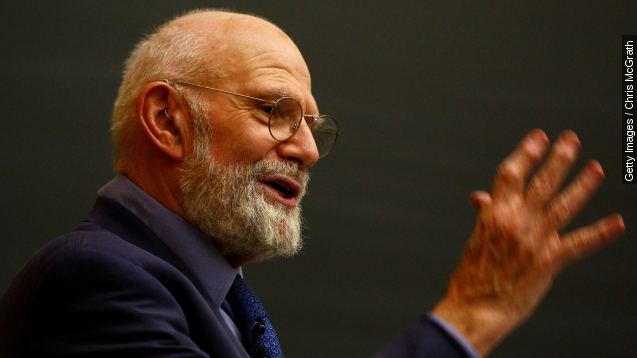 Famed neurologist Oliver Sacks, who documented and ruminated on his patients' peculiar cases, has died at age 82.

Neurologist and writer Oliver Sacks has died at 82.

Sacks chronicled the human mind through the cases of his patients over the course of more than 40 years of writing. (Video via New York Live Arts)

It was actually through writing — a column for The New York Times — that Sacks announced he had terminal cancer, back in February.

Sacks wrote: "I cannot pretend I am without fear. But my predominant feeling is one of gratitude."

Sacks wrote 13 books, including "Awakenings," which was adapted into an Academy-Award-nominated film starring Robin Williams. (Video via Columbia Pictures / "Awakenings")

"What I believe, what I know, is these people are alive inside," Williams' character Dr. Malcolm Sayer said.

Another character asked, "How do you know that doctor?"

"I know it," Sayer responded.

Sacks wrote his last column for The Times earlier this month.

In the column announcing his cancer, Sacks wrote, "Above all, I have been a sentient being, a thinking animal, on this beautiful planet, and that in itself has been an enormous privilege and adventure."

He is survived by his partner, Bill Hayes.