Rep. Conyers Expected To Make Announcement Amid A New Accusation 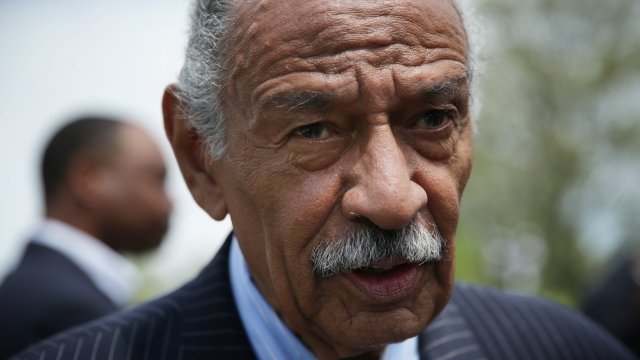 Rep. John Conyers is facing yet another sexual misconduct allegation — this time from the cousin of a woman with whom he already reached a settlement.

Rep. John Conyers is facing yet another sexual misconduct allegation — this time from the cousin of a woman with whom he already reached a confidential settlement.

In an affidavit made public late Monday, Elisa Grubbs accused Conyers of placing his hand up her skirt and rubbing her thighs while they sat in the front row of a church.

Grubbs alleged that "witnessing [Conyers] rub women's thighs and buttocks and make comments about women's physical attributes was a regular part of life while working in [his office]."

She also accused him of regularly undressing in the presence of female office staff.

According to his lawyer, Conyers will make an announcement Tuesday.