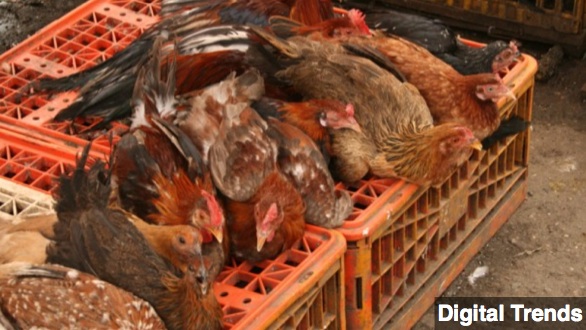 The first confirmed case of a new strain of bird flu virus was reported in Taiwan.

Scientists have confirmed the first case of a person infected with an entirely new bird flu virus — and it's a 20-year-old woman in Taiwan.

The woman reportedly began showing symptoms back in May after contracting what doctors thought was a lung infection — but turned out to be a never-before-seen strain of bird flu dubbed H6N1. She has since recovered after receiving treatment.

An infectious disease expert explains to CTV how this new virus is different from the H5N1 found in southeast Asia over the last five years and the H7N9 virus spotted in China last year.

"We're not dealing with anyone who was actually killed by the virus. The other bird flu can be quite lethal ... And the other thing is that they have not found more cases."

And further investigation into the woman's case has many researchers scrambling to find out how she became infected.

So far, there's no evidence H6N1 can be spread between person-to-person contact. KOMU reports the woman previously worked in a deli and had no known connection to live birds.

LiveScience reports researchers identified 36 people who had been in close contact with the woman since becoming infected, including those who treated her in the hospital. Six of those reportedly showed flu-like symptoms, but none tested positive for the virus.

The Los Angeles Times reports a family that lived near the woman kept a flock of 60 ducks, chicken and geese, but she said she hadn't made contact with any of the birds for at least a year. Researchers tested a few samples of bird stool anyway, and all of them were negative for flu.

Researchers from Taiwan’s Centers for Disease Control in Taipei and several hospitals and medical schools are continuing to investigate her case.