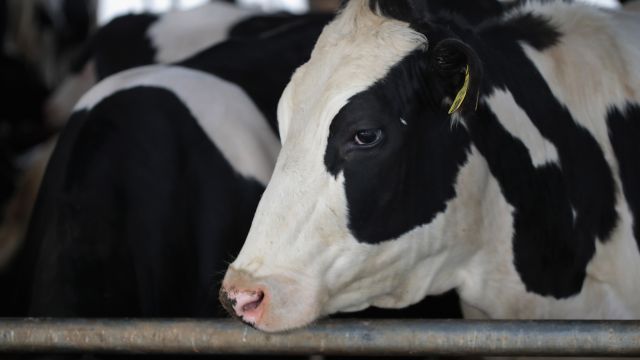 The U.S. and China have established a new trade deal that includes exporting U.S. beef and importing Chinese poultry.

During a press briefing Friday, White House press secretary Sean Spicer said: "It's been 13 years since our cattle producers have been effectively locked out of the Chinese market. China is the second-largest beef importer in the world, buying roughly $2.6 billion of beef every year."

A new trade deal between the U.S. and China will allow the U.S. to break back into that beef market. China has reportedly avoided U.S.-imported beef since 2003 because of concerns about mad cow disease and hormone use.

It's the first list of commitments between the U.S. and China stemming from the nations' 100-day action plan, which President Trump and Chinese President Xi Jinping discussed at Trump's Mar-a-Lago estate in April.

The Trump administration hopes this initial trade deal helps "bring down" the U.S. trade deficit with China — something President Trump emphasized on the campaign trail.

Trump Puts China In A Bind With Strikes During President's Visit

President Donald Trump and Chinese President Xi Jinping built rapport during their first meeting, but the U.S. strike on Syria might affect that.

But his approach has been much more diplomatic than he previously insinuated. At one point, Trump considered imposing a tariff on Chinese imports.

The president celebrated news of the deal by tweeting: "China just agreed that the U.S. will be allowed to sell beef, and other major products, into China once again. This is REAL news!"

Though the Commerce Department said U.S.-Chinese relations are expected to continue to develop, some foreign policy experts warn that China has backed out on trade promises in the past.