ISIS Told Would-Be Terrorists To Use Everyday Items As Weapons 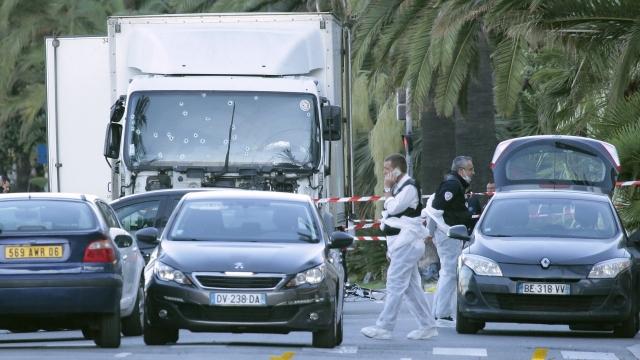 A new video by ISIS is reportedly asking terrorists to use items like baseball bats and household tools for future attacks.

ISIS has a new strategy for terror attacks.

In a newly released video, ISIS suggests terrorists use everyday items as weapons — things like baseball bats or power screwdrivers. This idea builds on what happened in Nice, France.

SEE MORE: How Many ISIS Fighters Are There? It's Hard To Tell

In July, a 31-year-old man drove a 20-ton truck into crowds of people along Nice's Promenade des Anglais. At least 86 people died from the attack, and more than 200 were injured.

The rise in attacks on soft targets, which are unprotected public places, goes hand in hand with the call to use non-traditional weapons — both help attackers avoid calling attention to themselves.

And terrorists who act alone are harder to anticipate since there's little to no command structure or communication system. They also allow ISIS to claim responsibility after the fact.

SEE MORE: Here's Why Lone Wolf Terrorism Is On The Rise

That seems to be the case with Nice. Prosecutors say the driver, who was killed on the scene, had accomplices who helped him plot the attack, but they mostly seemed to fly under the radar.

Last month, two men were arrested in connection with that attack.

The new ISIS video seems to suggest attacking the United States and France. It includes footage of American polling places, though not of the presidential candidates, along with France's Eiffel Tower and the French flag.