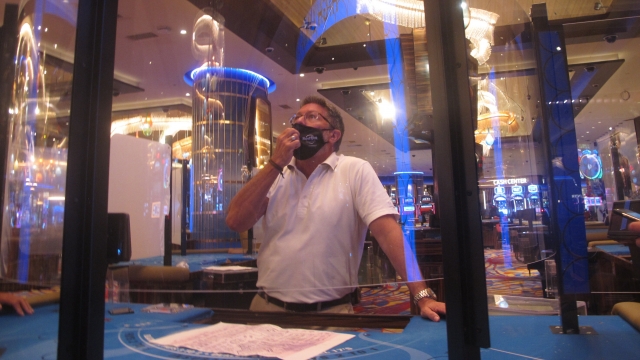 New Jersey has banned indoor smoking, drinking and eating at Atlantic City casinos ahead of their scheduled reopening later this week.

Gov. Phil Murphy made the announcement on Monday, citing recent spikes in new coronavirus cases in nearby states as well as instances of some establishments in New Jersey disregarding safety measures.

"Compliance is not a polite suggestion, it is required — selflessness, not selfishness," Murphy said. "So, unfortunately, the national situation, compounded by instances of knucklehead behavior here at home, are requiring us to hit pause on the restart of indoor dining for the foreseeable future."

Atlantic City's top-performing casino, the Borgata, decided to delay its reopening over the move. It said in a statement it respects the governor's decision but that it feels it's best to remain closed given that it "cannot provide [a] level of hospitality" that its guests expect.