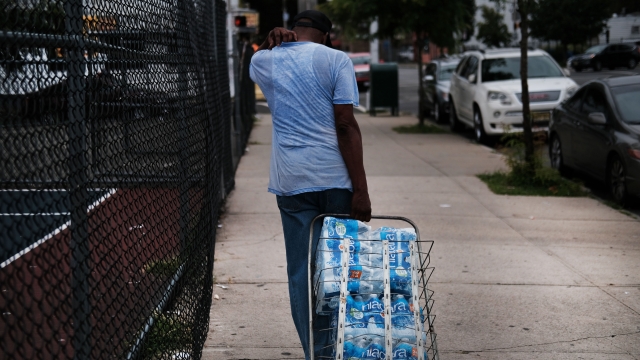 New Jersey officials announced Monday that the water in Newark is safe to drink, so long as you are using EPA-approved filters.

The announcement follows a study carried out by city, state and environmental experts that tested over 1,700 water samples from hundreds of homes and found that preliminary results showed that over 97% of the PUR filters issued by the city reduce lead below 10-parts-per-billion. This is below the EPA action level of 15-parts-per-billion.

This comes only weeks after the city began offering bottled water to residents at the recommendation of the EPA, after testing suggested the filters were not effectively removing enough lead from the water according to CNN.

Governor of New Jersey, Phil Murphy said on Twitter Monday, “Aging water infrastructure is a state and national problem that demands leadership at every level of government. Instead of passing blame, New Jersey is confronting this challenge head on. Access to clean and safe drinking water is a fundamental right.”

The city is working to replace approximately 18,000 lead service lines across the city at no cost to homeowners after testing showed consistently high lead levels. According to the governor’s office, this is the first major lead line replacement infrastructure project of its kind in the Northeast.

To help pay for all this work, the Essex County Improvement Authority has announced it will lend $120 million to the city to replace pipes that contaminate water with lead. In addition, the New Jersey Department of Environmental Protection has announced it will commit $1 million to fund a community assistance program to help the city install water filters, educate residents on filter use and collect water samples.

According to CNN, the state is waiting for President Trump to sign a bill that would reallocate $100 million from the Clean Water State Revolving Fund to be used to deal with lead service line replacement.

The city will host a State of Water Town Hall October 2, in order for residents to learn more about the condition of the city’s water and ask questions.