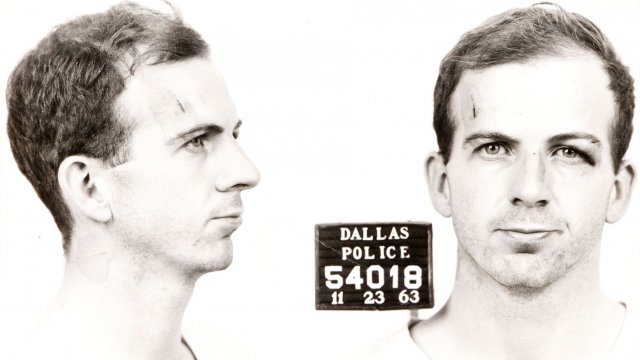 After Thursday's release of more than 2,800 redacted documents about the assassination of President John F. Kennedy, reporters and historians have already plundered the U.S. National Archives to glean some interesting finds.

On the day Jack Ruby killed Lee Harvey Oswald, J. Edgar Hoover wrote in a memo: "There is nothing further on the Oswald case except that he is dead. ... The thing I am concerned about ... is having something issued so we can convince the public that Oswald is the real assassin."

This doesn't necessarily mean Hoover was trying to hide anything. NBC notes Hoover was worried that conspiracy theories would terrify the public and complicate international relations.

Previously released CIA documents allege Oswald traveled to Mexico City with someone dubbed "El Mexicano," thought to be a Cuban defector, before the assassination.

Another CIA document alleges a Cuban ambassador reacted to news of the Kennedy assassination with "happy delight."

CIA documents also say Oswald had similar contact with the Soviet Union, meeting an "identified KGB officer" two months before the assassination. Oswald lived in the USSR for more than two years.

Another Batch Of Classified JFK Files Is Being Released

The redacted documents were posted on the U.S. National Archives website after President Donald Trump gave his final approval.

So far, there's still no bombshell information to come out of this document dump. Federal agencies are currently reviewing thousands of pages of still-redacted information — those are due to be released by April 26, 2018.