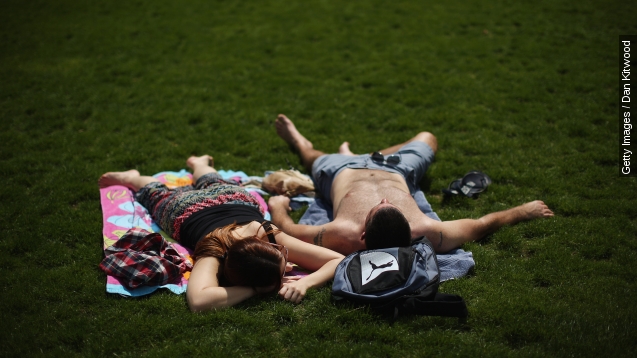 2016 is on track to be the warmest year on record, according to a global temperature forecast released Thursday. (Video via British Met Office)

A researcher said: "2015 is on track to be the warmest year on record, and this forecast suggests 2016 is likely to be at least as warm, if not warmer."

The report says "man-made global warming" was, unsurprisingly, a factor in their forecast. (Video via British Met Office)

El Nino was also a consideration, but played a smaller role. (Video via NOAA)

El Niño temporarily warms waters in the eastern tropical Pacific Ocean and impacts weather in a variety of ways, depending on where you are in the world. Beyond just temperature, El Niño can contribute to intense wind, rainfall and drought. (Video via National Weather Service)