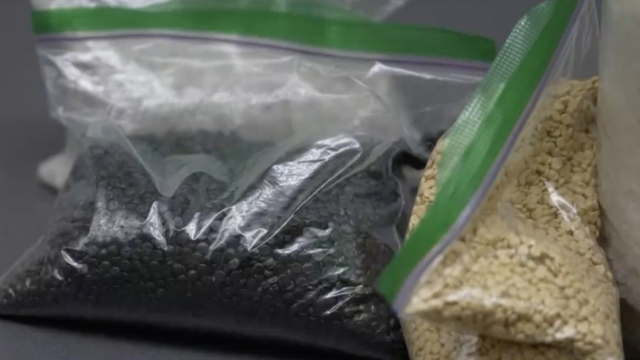 Texas has the dubious distinction of leading the nation in polluted waterways.

A new report draws upon self disclosed data by industrial facilities provided to the EPA. The study counted 17 million pounds of toxic substances released into Texas waters in 2020 — that’s up from about 13 million in 2009. Much of that is liquid waste: precursors of fertilizers make up 90% of that runoff. But lead, solvents, ammonia and other hazardous compounds were also present.

"Our state regulators and the Texas commission on Environmental Quality are have a very poor track record of enforcing the law, holding polluters accountable when they violate their clean water act permits," said Luke Metzger, the director at Environment Texas.

"That's a big part of the problem, you know, where big polluters often find it cheaper to pay a small fine if they get fined at all, than to invest in pollution control equipment or training their staff to help avoid the pollution in the first place," said Metzger.

The Texas Commission on Environmental Quality disputes that criticism, saying it "receives the reports as soon as they are submitted to EPA, and conducts formal enforcement as appropriate."

"Once you know what you're looking for, you can't help but find them. And then turtles, birds, crabs, fish, all think that they're fish eggs. So when they're floating out in the water, they'll ingest them and that doesn't go too well for them," said Charlotte Cisneros, the executive director at the Galveston Bay Foundation.

Plastic pellets called "nurdles" routinely wash up along the gulf shores from Texas all the way to Florida. They are the building blocks of plastic products and manufacturers routinely spill them.

"So there are a ton of organizations here along the ship channel and throughout the city that are producing these nurdles. And they're so small and lightweight that they really easily escape the manufacturing process, sometimes through stormwater or from, you know, a bag that's holding nurdles is punctured. And it doesn't take too many to make a big problem," said Cisneros.

Wichita Falls has experienced extreme droughts for three years. It plans to treat wastewater to add to its dwindling drinking water supply.

Cisneros says while Texas is a buzzing hub of oil and petrochemical businesses, those industrious neighbors don’t often clean their mess. Instead it’s left up to volunteer groups that she helps coordinate.

"Nurdles and other kinds of plastic pollution don't degrade. They last for a very, very long time," said Cisneros.

Formosa Plastics is one of those companies, and one of the few polluters found liable in federal court. It is under court order to limit its pollution levels and submits to monitoring. The company told Newsy it’s complying. But critics argue the broader industry treats pollution as a cost of doing business because of minimal government regulation in Texas.

"You know, we're the second most productive sources of seafood in the country after Chesapeake Bay. Also marine mammals and whales and dolphins, all of which are getting overloaded with these toxic chemicals which can impact their health as well," said Metzger.

Whether it's liquid or solid, researchers say the pollution distresses the ecosystem.

"If I was going down the street and I threw my cup out the window, you know, there's actually laws in place that say you're going to be fined up to $200 or whatever it is for the city you're in," said Jace Tunnell, Reserve director at the University Of Texas Marine Institute.  "It needs to be the same accountability for industry that are handling plastic pellets. You know, the general public doesn't have any say on what industry is doing."

Tunnell runs the Nurdle Patrol at the University of Texas Marine Institute in Port Aransas.

"We're trying to see where the highest concentrations are to be able to create awareness about specific problems in those locations," said Tunnell.

The group has enlisted hundreds of volunteers to track the pernicious pellets to show how far they’ve spread.

"I've been to some of the fence lines where some of these facilities have said that they're making changes, and I found nurdles. So I've yet to see a real reduction in plastics getting out beyond their fence line," said Tunnell.

That lack of action, he says, has a big cost to public health, the environment and the economy.

Why Is Our Water Quality In Question?