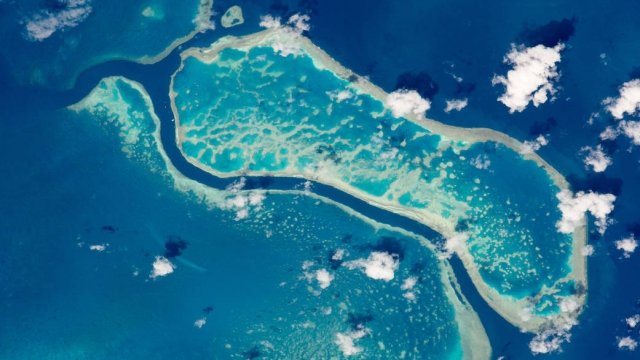 If you've ever wondered what the Great Barrier Reef is worth, this new report can tell you.

Natural beauty generally doesn't come with a financial cost. But some researchers argue the Great Barrier Reef has a pretty big price tag.

A new report commissioned by the Great Barrier Reef Foundation argues the reef is worth an estimated $42.4 billion in U.S. dollars. That's more than 12 Sydney Opera Houses.

The authors of the report said the estimated value would be higher if they had a way to put a price tag on the reef's biodiversity as well as its natural wonder. Two-thirds of people said they'd be willing to pay to save the reef.

That number could have big implications for the Australian economy if the reef continues to be damaged and destroyed by climate change.

In 2016, coral reefs had their largest die-offs ever. Now scientists say it could become an annual event by the end of the century.

The report concludes that the reef contributed $4.8 billion and 64,000 jobs to the Australian economy between 2015 and 2016, mostly from tourism.

And the Great Barrier Reef has been under a lot of stress lately. Two major coral bleaching events have left parts of the reef damaged or nearly dead since 2016.

A separate report released earlier this year found that continued bleaching could lead to a loss of over 1 million visitors annually to areas near the Great Barrier Reef. That alone would cost local economies $1 billion in tourism and around 10,000 jobs.

By putting an economic value on the reef, the report's authors hope to influence decision-making about preserving the reef.

The damage the reef has taken over the past two years doesn't mean that it's doomed, but there are still a number of factors threatening the reef and very few solutions for saving it.