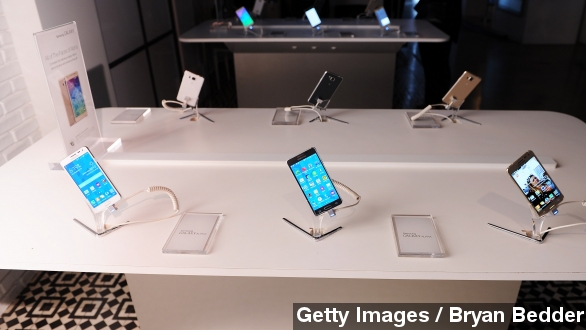 Some reports say the code name given to Samsung's next-generation Galaxy S may hint at a major redesign.

From its introduction to its fifth iteration, Samsung's Galaxy S has held the company's flagship spot in the smartphone market. And after five iterations, it may be due for a major redesign.

This speculation follows a report from SamMobile, which cites sources inside Samsung who say the code name for the new phone is "Project Zero." Previous projects have had letters in their names, hinting the new model may be a substantial redesign. For example, the S4 was Project J, the S5 was Project K and so on.

So what can we expect in the new model? TechRadar says the new phone will likely sport a higher-resolution screen — maybe even reaching 4K, a metal frame to match the Galaxy Note 4 and a fingerprint scanner.

But Phone Arena says not so fast, noting Samsung normally releases the new Galaxy S in the Spring. There's not enough information on this "Project Zero" yet to show it'll be released that soon.

Still, Samsung has shown an interest in redesigning its lineup, given the introduction of the Galaxy Alpha this fall. Its focus appears to be design, as the Galaxy S5 remained a higher-performance option even though it was several months older and similarly priced.

The S6 is expected to be released in the spring, so we should see some telling signs soon if a full redesign is happening. Barring some leaked specs or photos, news the phone's release is delayed would probably mean a redesign is in the works.