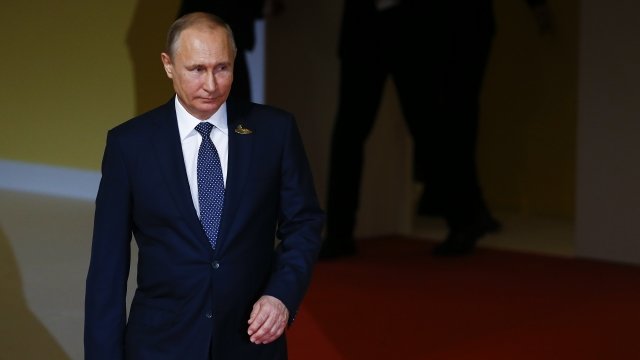 Russia is reducing the number of U.S. diplomats and other consular employees after Congress passed a sanctions bill.

Russia isn't happy about the U.S. voting to slap it with new sanctions.

So Russia's government ordered the U.S. to reduce the number of diplomats and personnel working in the country. The move comes after Congress overwhelmingly backed a bill that punishes Russia, North Korea and Iran.

Russia is also restricting the U.S. Embassy's use of a storage facility in Moscow and a house in Serebryany Bor.

The sanctions on Russia are in response to its meddling in the 2016 U.S. presidential election — something Russia denies despite a consensus from the U.S. intelligence community.

Russia's foreign ministry called the sanctions "blackmail" and said they're a threat to global business.

The number of American diplomats and consular employees in Russia will be reduced to 455, but it's unclear how many are currently working there. The U.S. has until Sept. 1 to cut staff.