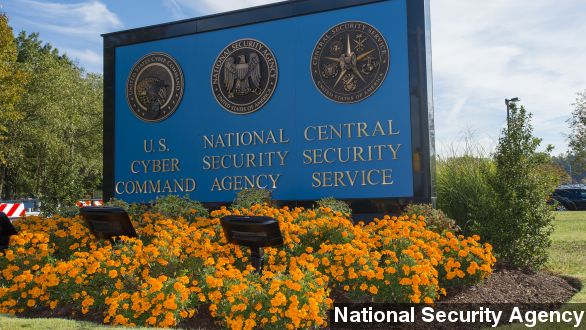 A new report based on information leaked by Edward Snowden shows some of the targets under surveillance by the NSA and Britain's GCHQ.

The latest round of revelations from former National Security Agency contractor Edward Snowden expose some of the high-profile targets the agency has monitored — and there are some odd names on the list.

Reports published simultaneously in The Guardian, The New York Times, and German magazine Der Spiegel describe documents provided by Snowden that name more than 1,000 NSA targets monitored throughout 60 countries from 2008-2011. Although the list is mostly made up of suspected terrorists and militants, it also includes some more questionable targets.

Targets such as former Israeli Prime Minister Ehud Olmert and his defense minister, Ehud Barak, whose office email accounts were monitored by the NSA during 2009. Olmert downplayed the significance of the surveillance Friday, calling the hacked account "an unimpressive target." (Via The Jerusalem Post)

Less willing to forgive the NSA's spying activities are the international charity organizations that wound up in the agency's crosshairs.

The NSA apparently monitored organizations such as French medical charity Doctors of the World as well as the United Nations children's charity UNICEF. A U.K. representative for Doctors of the World said the surveillance was outrageous and unwarranted: "Our doctors, nurses and midwives are not a threat to national security. ... There is absolutely no reason for our operations to be secretly monitored.  We have nothing to hide."

But the NSA isn't the only agency implicated in this latest report. Britain's intelligence service GCHQ is also coming under fire for collaborating with the NSA's surveillance programs.

The tandem monitoring of Joaquin Almunia, vice president of the E.U. Commission, has led to some harsh language. A spokeswoman for the commission said the allegations, "if proven true,​ are unacceptable and deserve our strongest condemnation. ... This is not the type of behaviour that we expect from strategic partners, let alone from our own Member States." (Via The Telegraph)

And the inclusion of several German energy companies and government institutions on the list of targets is likely to be an embarrassment for British Prime Minister David Cameron, who previously denounced America's surveillance of German Chancellor Angela Merkel. (Via BBC)

These latest reports come during some rough times for the agency. The NSA received two strict rebukes this week: one from a White House review panel recommending substantial changes to their spying program, and the other from a federal judge who warned some surveillance practices might be unconstitutional. (Via The Washington Post, Gawker)

During his end-of-the-year press conference, President Obama defended the NSA's surveillance to reporters but acknowledged it might need some limited reforms.

"We need this intelligence. ... There are ways we can do it potentially that gives people greater assurance that there are checks and balances, that there is sufficient oversight, sufficient transparency." (Via The White House)

In response to these latest reports, both the NSA and GCHQ issued statements defending their surveillance programs as normal intelligence-gathering activities.