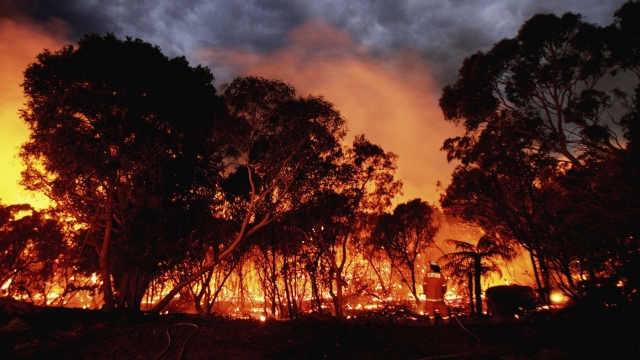 New South Wales Rural Fire Service is working to prepare for a heat wave expected to hit the region over the weekend.

Firefighters in Australia are gearing up for a heat wave expected to hit New South Wales over the weekend, and they're asking residents to do the same.

On Twitter Thursday, the New South Wales Rural Fire Service said crews were working to cut fire lines "ahead of deteriorating weather conditions" and asked that residents prepare their properties.

According to the region's fire service, "very high to severe fire danger is likely early next week" because of the weather.

As of Thursday evening, 77 fires were burning across New South Wales, with 30 yet to be contained.

According to the Associated Press, more than 12 million acres of land have burned and hundreds of homes have been destroyed in Australia as a result of the ongoing wildfires that have hit the country in recent months.