New South Wales Announces Investigation Into Cause Of Bushfires 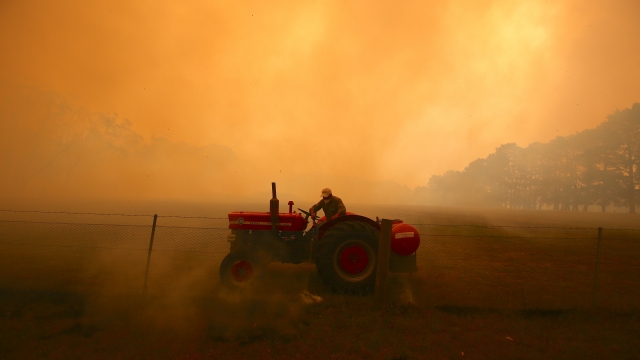 The region's premier said the scale of the fires has been "unprecedented" and "we must leave no stone unturned."

The Australian state of New South Wales has announced an independent investigation into the cause of devastating bushfires that have burned across the country for months.

The inquiry, which will take six months, will examine "causes, preparation and response" to the season's bushfires. In particular, it'll look at contributing factors like climate change and human activity.

As of Thursday afternoon, the New South Wales Fire Service reported 58 bush and grass fires in the region. New South Wales Premier Gladys Berejiklian said in a statement that the scale of the fires has been "unprecedented" and "we must leave no stone unturned."

The fires have been fueled by drought, high winds and extreme heat. Australia recorded its hottest national temperatures ever in December. An Australian climate scientist at the time told media the most dominant reason for the heatwave is the strong Indian Ocean dipole. That refers to a difference in temperature in the west and east Indian Ocean, which can shift moisture either toward or away from Australia.

The investigation into the fires is expected to start this week.