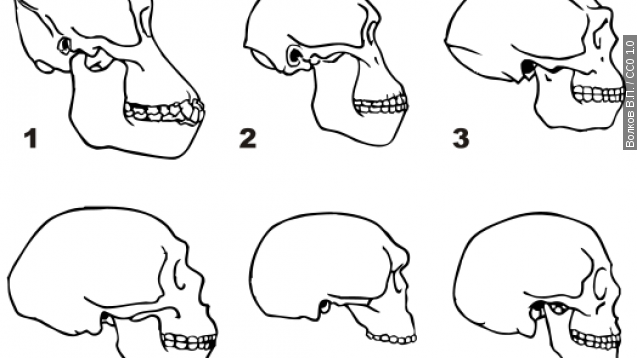 Scientists uncovered what they believe may be a new species: Australopithecus deyiremeda, and we could all be related.

Around three million years ago, a distant human ancestor walked Earth. And it's a mouthful. Australopithecus deyiremeda.

"The name deyiremeda, 'dey' means 'close' and 'remeda' means 'relative' in the local Afar language," the curator of Physical Anthropology at the Cleveland Museum of Natural History, Yohannes Haile-Selassie, said.

According to findings published this week in the journal Nature., researchers in Ethiopia found remains that could belong to a new species of hominins.

"They found upper and lower jaws and teeth," a WKOW anchor said.

"They believe the species lived alongside the ape-like ancestor Lucy," another anchor said.

Cool? Yes. But there are more questions. An article on Nature's website says:

"The find suggests that several distinct hominins — species more closely related to humans than to chimps — roamed eastern Africa more than 3 million years ago. A third species ... lived in what is now Kenya around the same time."

As one paleontologist said in Nature, the "$64 million question" is which of these species gave rise to the existing "Homo" genus, AKA ... all of us.

Before, that ancestor was thought to be Lucy, who lived roughly 3.5 million years ago. The remains were found in 1974, and until recently we all thought she was the matriarch or our family tree.

The remains of the new species were found about 20 miles from where Lucy's were. So, we probably shouldn't get our ancestral panties in a bunch just yet. As The Verge notes: "The researchers make a good case for a new species ... But there's still a chance that this fossil belongs to the Lucy species. Males and females can be very different."

Still, the big takeaway of all this is the fact that several hominid species might have walked Earth at the SAME TIME.

According to the BBC, "It means this new hominin was alive at the same time as several other early human species, suggesting our family tree is more complicated than was thought."

Researchers say more fossils need to be found to further understand how we came to be ... and who we came from. WE JUST DON'T KNOW WHO WE ARE ANYMORE!

This video includes images from Gerbil / CC BY SA 3.0  and Andro96~commonswiki.