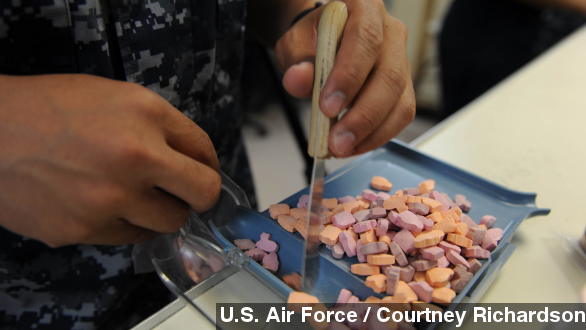 Two new studies claim multivitamins are a waste of money for well-nourished people. They say some could even be harmful.

Two new studies have some researchers calling it "case closed" on multivitamins, claiming they're ineffective and a waste of money.

The two rigorously conducted studies, published in the Annals of Internal Medicine, showed that multivitamins have no positive benefits on cardiovascular or brain health, and do nothing to prevent chronic diseases. (Via MSNBC)

The new studies are part of a growing body of research that suggests supplements have few health benefits for well-nourished Western populations. (Via HLN)

"The message is simple: Most supplements do not prevent chronic disease or death, their use is not justified, and they should be avoided." (Via USA Today)

The editorial even adds that taking some vitamins in high doses, such as beta-carotine, vitamin A and vitamin E may actually be harmful for the body. (Via WHDH)

However, CNN's Dr. Sanjay Gupta says the study did make an exception for vitamin D.

"There is still some evidence that taking a vitamin D supplement could be beneficial, but not for other people who are generally well-nourished or don't have vitamin deficiencies. They just don't seem to benefit from a multivitamin."

The Wall Street Journal reports the multivitamin industry in the U.S. is huge, "with sales last year of $23.4 billion." Around "40% of Americans reported taking multivitamins or minerals [according to] the most recent data available."

Vitamin industry groups denounced the study, referencing other research where multivitamin usage was shown to reduce the risk of cancer. The authors of the latest two studies called those results statistical outliers.