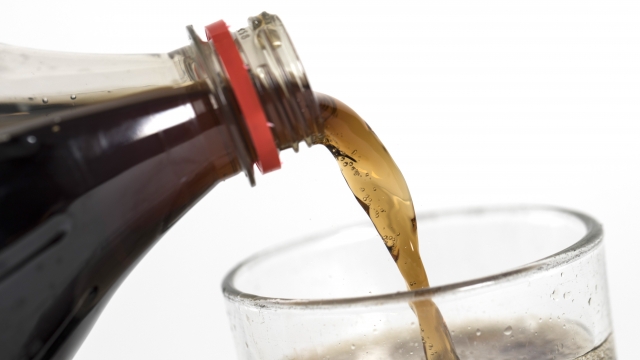 ​The study found people who drank two or more glasses of soda per day had a higher chance of dying from all types of ailments.

A new study found that the regular consumption of soda was associated with a greater risk of all causes of death.

The study, which was published on Tuesday in JAMA Internal Medicine, surveyed more than 450,000 people across 10 European countries from 1992-2000. It found that people who drank two or more glasses of soda a day had a higher chance of dying from all types of ailments than those who drank less than one glass a month. That includes both sugar-sweetened and artificially-sweetened soft drinks, although the health effects do differ between the two. Researchers found high consumption of sugar-sweetened soda was associated with deaths from digestive diseases, while artificially sweetened soda was associated with deaths from circulatory diseases. Drinking either in excess was also linked to the risk of dying from Parkinson's disease.

Although drinking a lot of soda may be indicative of an unhealthy lifestyle overall, the researchers said the results were pretty much the same across both lean and obese participants, as well as between smokers and non-smokers.

According to the CDC, childhood obesity rates have tripled in the U.S. since the 1970s, and a diet high in added sugar is one of the factors. According to the American Heart Association, "sugar-sweetened beverages like soda ... are the #1 source of added sugars in our diet."